Cellular by Peak Design is a brand new, full cell mounting answer for on a regular basis comfort

After a steady stream of successful product launches and kickstarters Campaigns, Peak Design is back with a new one – Peak Design mobile. The startup, which has created a rich ecosystem of photography and packaging equipment, is into mobile devices and has developed a clever interconnection system that appears to have anticipated Apple's new MagSafe Magnetic Scheme accessory scheme – but which was designed for all smartphones and mobile devices.

Similar to Peak Design With the Mobile by Peak Design detection, anchor and mounting plate system, smartphones can be connected to all types of accessories, including tripods, car mounts, charging stands, bicycle handlebars and much more. The system focuses on Peak's so-called “SlimLink” connector, a clever combination of magnetic and physical mounting receivers that you can attach to your phone using either special cases or a universal accessory with a sticky back. SlimLink then works with both softlock and hardlock accessories, which use either magnets only (soft) or magnets in combination with physical catchment areas (hard) to create a stable connection with a range of brackets of varying degrees.

Peak Design is starting a crowdfunding campaign on Kickstarter, but the product has already been designed and produced in high quality. Media samples were sent out for a number of the Mobile range of products, including a SlimLink universal phone mount, handlebar mount, folding tripod, two universal mounting pads with magnetic / sticky backing, and an in-car dashboard mount.

I've been using these for a couple of weeks and have found they are incredibly versatile and practical. Peak also shipped an iPhone 11 Pro case. However, since I'm using an iPhone 11 Pro Max, I attached the 3M-backed universal plate directly to my phone using the size and orientation guide that came with it. The attachment is incredibly secure and doesn't add a lot of thickness to your phone at all (it basically just provides just enough clearance so that the iPhone 11 Pro's camera bump barely clears the table surfaces).

The magnetic connection between it and the "soft-lock" brackets is strong enough that I don't worry about them coming loose. I've used the universal magnetic mounts on my fridge a lot and the phone hasn't moved. The bike mount, with its additional physical prongs, is perfectly stable when actually cycling, and the arm on the mount puts the phone in a great position (both portrait and landscape) to act as a navigation device while cycling. 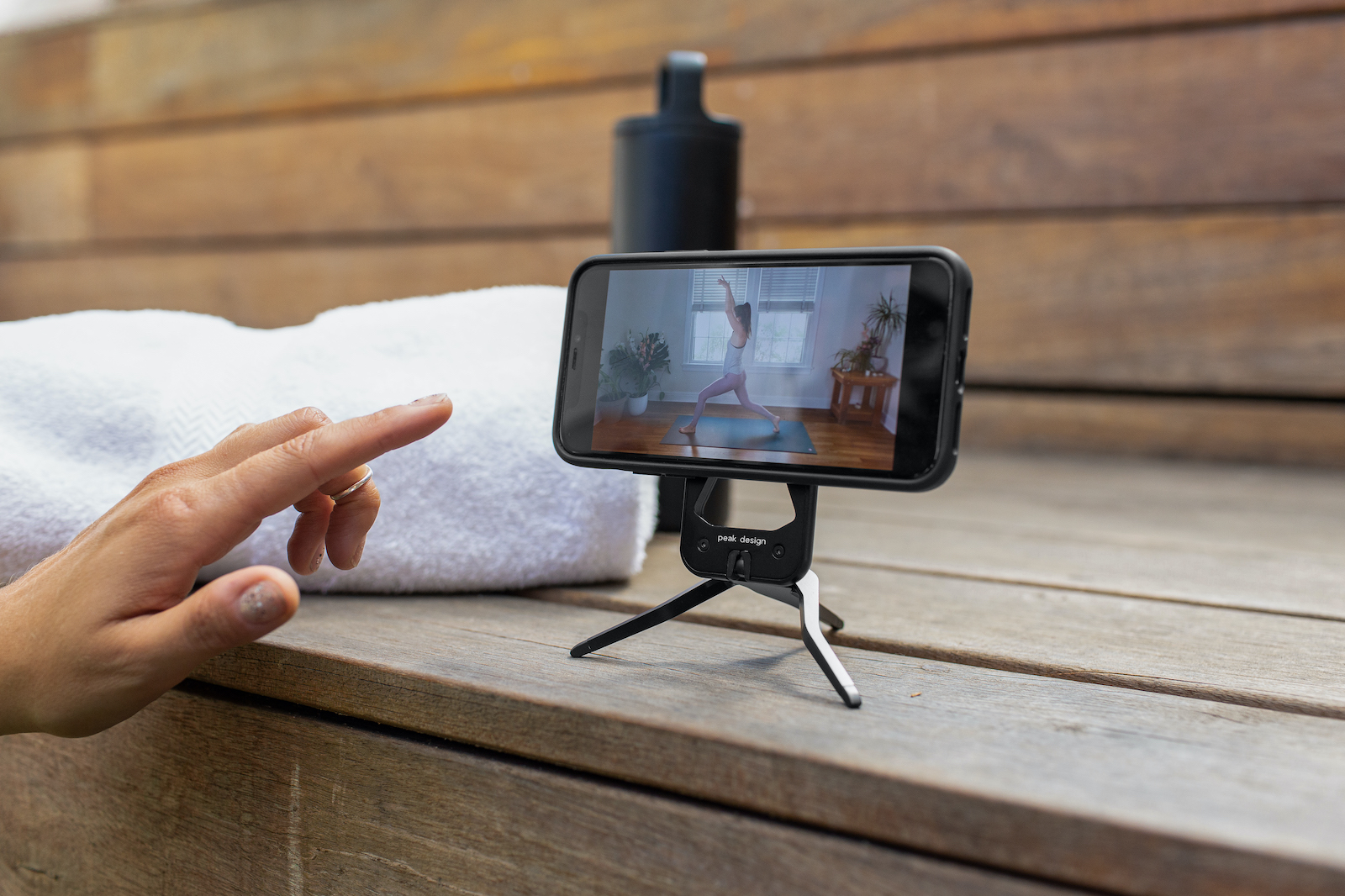 Peak has really outdone themselves with the design of this system, but perhaps that is most true when it comes to the tripod. The clever, three-legged folding design is tiny – smaller than a credit card overall, albeit a bit thicker – and it's amazing to carry this anywhere in your pocket and have a sturdy platform for time-lapse photos. You can also adjust the stability with the included Allen key.

The car holder has a self-adhesive backing to attach to your dashboard and fits into the recessed SlimLink slot on the phone holder / case without getting physically entangled. It's stable and safe to test. Best of all, Peak developed the adjustable ball that allows you to place your phone just as rigidly so that you can move it around without the need for additional tightening. My only complaint with the universal mount so far has been that it is not compatible with my Nomad Base Station Pro charger, although Peak says they are testing the accessory with wireless chargers and will advise on compatibility in the future. The Peak Everyday phone case is now compatible with many Qi chargers.

According to Peak, these designs are subject to change and of course MagSafe came as a surprise to the company, as it did to the rest of the world. Peak continues to plan to develop iPhone 12 cases for the line of products, and says all soft locking accessories will work with both Apple devices as well MagSafe phones and MagSafe cases. Apple MagSafe accessories, like the wallet, also connect to MagSafe phones.

This might have been one of those moments when Apple announced something that would make a competing product obsolete before it even hits the market, but Peak's mobile system design actually makes them complementary – and offers very similar benefits to phones and devices who otherwise would have been able to use MagSafe's offer.

The Kickstarter campaign starts today and Peak assumes that the cases and accessories for mobile systems can be delivered from spring 2021.

Nothing’s Ear 1 headphones will be launched this June