Stablecoins: All stablecoins flow into transactions and addresses on all exchanges. Source: CryptoQuant.

On October 18, stablecoins that went public hit record highs of 60,000 and 56,000, respectively, according to CryptoQuant. The outlet's data tracked USDT on Ethereum, PAX, USDC, TUSD, DAI, SAI, BUSD, HUSD and USDK. No exceptional trends were noted in the total inflow of all stablecoins in relation to dollar value. 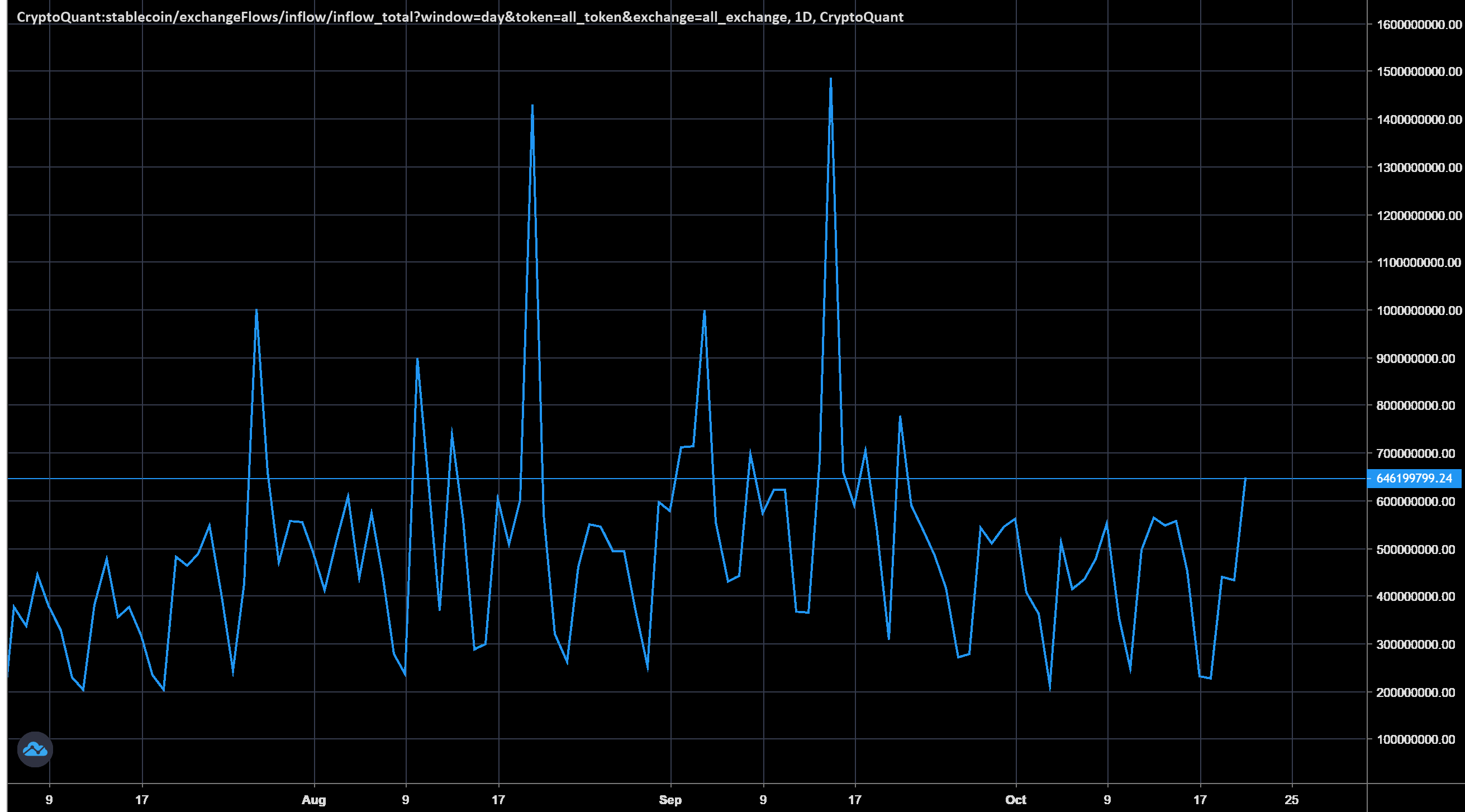 Ki Young Ju, CEO of CryptoQuant, told Cointelegraph that while the inflows may not be very high in terms of dollar value, they represent an upward trend among retail investors:

Ju believes that the high number of addresses and transactions in the market suggests that the inflows have come from large numbers of retail investors rather than a few large players. The assumption is that investors will send stable coins to exchanges if they want to convert them into other crypto assets – mostly bitcoin. Yesterday, Tether minted 450 million USDT on the Tron (TRX) network. The company's CTO, Paolo Ardoino, previously made it clear that the amount was approved but not spent:

"PSA: 300 million USDt of inventory will be replenished in the Tron Network. Note that this is an authorized but not issued transaction. This means that this amount will be used as inventory for exhibition inquiries for the next period. " 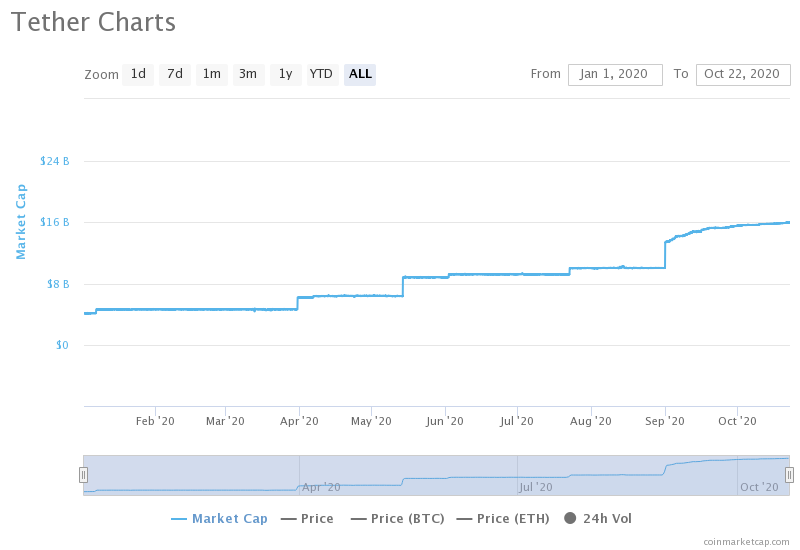 Tether's market capitalization quadrupled in 2020. It started the year at $ 4 billion and rose to $ 16 billion at the time of publication. Meanwhile, Bitcoin balances on major exchanges fell below 2.5 BTC for the first time in years.