The Best Canadian Running Back You've Never Heard Of 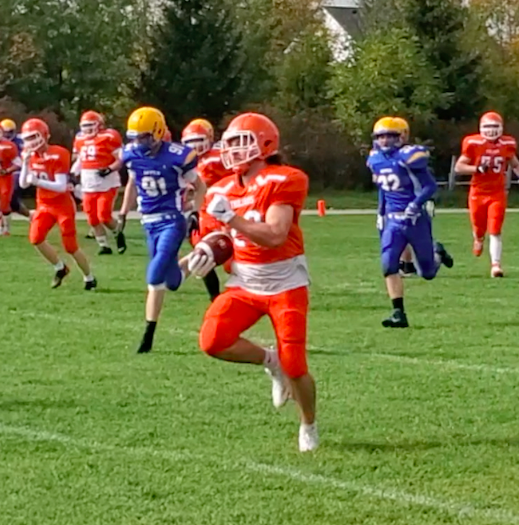 Isaac Cherewka is a big, strong, fast running back.  At 6'1", he weighs in at 210lbs and bench presses 225lbs.  This year, his first year of senior football, he ran for over 1000 yards (in five games), ten touchdowns, and two punt returns for touchdowns. He might just be the best Canadian high school running back in 2021 that you have never heard of.

According to scouting reports, Isaac runs the football downhill through arm tackles and a solid physical presence. With his determination, he has "big-play" potential. Isaac has an impressive resume, being a nightmare for opposing defenses with his crossing ability and his 100-meter dash in 11.3 seconds. Isaac was introduced to football in high school, where he quickly developed a love and the skills needed for the sport. Over his high school years, he played hockey and ran track (100m and 200m), representing his school at the provincial level.

Academics are very important to Isaac, enrolling in all academic and honours classes. Academically, Isaac is a very hard worker and takes advantage of all the opportunities to challenge himself.

Isaac aspires to attend post-secondary education in a four-year program, either in Canada or the United States, and compete with the best athletes he can while graduating with a degree in construction.